(For context, I released Autocompeter.com last week and now I'm thinking about improvements)

I posted a question on Twitter about which highlighting formatting people prefer and got some interesting feedback. More about that later.

The piece of feedback that really got my attention came from my friend Honza Král.
He wondered if not the whole word should be highlighted instead of just the beginning of the word.

I've actually been thinking about that too but never got around to trying it out. Until now. 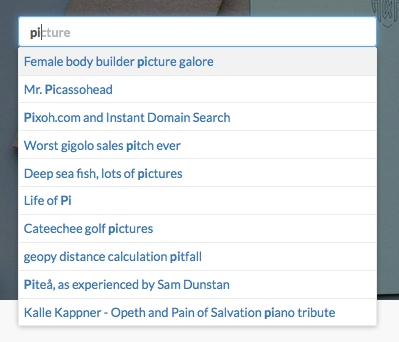 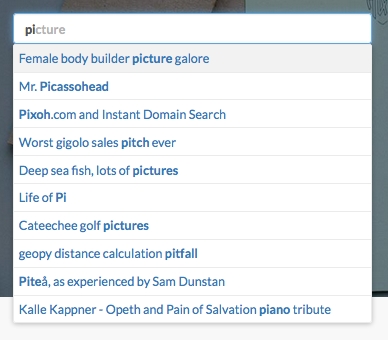 What do you think?

I have the code in a branch and I'm still mulling it over. There's sort of a convention to just highlight based on what you've typed so far. I don't want to be too weird because when people don't feel familiar they don't like what they see even if the new actually is better.

It's easier to get in the blink of an eye the world matching the search. It's a clever update.

Well thank you. I just pushed this branch into master yesterday.