As a web developer you have a job:

The first point is these days easily taken care of with the likes of Django or Rails which makes it über easy to write queries that you then use in templates to generate the HTML and voila you have a web page.

The second point is taken care of with a myriad of techniques. It's almost a paradox. The fastest way to render something on the screen is to generate everything on the server and send it wholesome. It means the browser can very quickly (and boosted by GPU) render something on the screen. But if you have a lot of data that needs to be displayed it's often better to send just a little bit of HTML and then let some Javascript kick in and take care of extracting the rest of the information using AJAX.

Here I have prepared three different versions of ways to display a bunch of information on the screen: 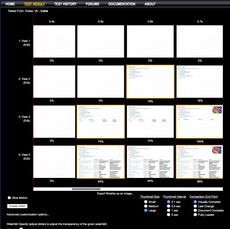 What you should note and take away from this little experimental playground:

Thank you, this was super useful . I usually work with Flask, and I always have the same concerns.