Web Performance Optimization of a Single-Page-App and web fonts

tl;dr; Don't worry so much about your bloated JavaScript and how to async it. Worry about your CSS and your Web fonts. Here I demonstrate a web performance optimization story with Webpagetest.org results demonstrating the improvements.

I have a little app called Podcast Time. It's a single-page-app that renders all the functionality in React with the help of MobX and I use Bootstrap 4 and Bootswatch to make it "pretty". And that Bootswatch theme I chose depends on the Lato font by Google Fonts.

I blogged about it last month. Check it out if you're curious what it actually does. As with almost all my side-projects, it ultimately becomes a playground to see how I can performance optimize it. 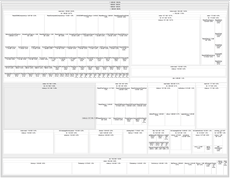 The first thing I did was add a Service Worker so that consecutive visits all draws from a local cache. But I fear most visitors (all 52 of them (I kid, I don't know)) come just once and don't benefit from the Service Worker. The compiled and minified JavaScript weighs 124 KB gzipped (440 KB uncompressed) and the CSS weighs 20 KB gzipped (151 KB uncompressed). Not only that but the bootstrap.min.css contained an external import to Google Fonts's CSS that loads the external font files. And lastly, the JavaScript is intense. It's almost 0.5 MB of heavy framework machinery. Of that JavaScript about 45 KB which is "my code". By the way, as ES6 code it's actually 66 KB that my fingers have typed. So that's an interesting factoid about the BabelJS conversion to ES5 code.

Anyway, to make site ultra fast the bestest thing would be to rewrite all the JavaScript in vanilla JavaScript and implement, with browser quirks (read: polyfills), HTML5 pushState etc. Also, I guess I should go through the bootstrap.css file and extract exactly only the selectors I'm actually using. But I'm not going to do that. That would be counter productive and I wouldn't have a chance to add the kind of features I have and can add. So that fat JavaScript and that fat CSS needs to be downloaded.

So what can I do to make that slightly less painful? ...when Service Workers isn't an option.

Click on the first Filmstrip View and notice that the rendering both starts and finishes between the 3.0 and 3.5 second mark. The test is done using Chrome on what they call "Mobile 3G Fast".

I poked around at the CSS to get some really basics out of it. The background color, the font color, the basic grid. I then copied that into the index.html as an inline stylesheet. You can see it here.

The second thing I did was to replace all <link rel="stylesheet" href="..."> meta tags with this:

Also, near the bottom of the index.html I took the loadCSS.js and cssrelpreload.js scripts from Filament Group's loadCSS solution.

And lastly I copied the header text and the sub-title from the DOM, once rendered, plus added a little "Loading..." paragraph and put that into the DOM element that React mounts into once fully loaded.

Now the cool effect is that the render blocking CSS is gone. CSS loads AFTER some DOM rendering has happened. Yes, there's going to be an added delay when the browser has to re-render everything all over again, but at least now it appears that the site is working whilst you're waiting for the site to fully load. Much more user-friendly if you ask me.

Click on the first Filmstrip View and notice that some rendering started at the 0.9 second mark (instead of 3 seconds in the previous version). Then, after the browser notices that it's not the right font so it blanks the DOM, waits for the web font to load and around the time the web font is loaded, the JavaScript is loaded and ready so it starts rendering the final version at around the 2.8 second mark.

Note that the total time from start to finish is still the same. 3.1 second vs. 3.5 second. It's just that in this second version the user gets some indication that the site is alive and loading. I think the pulsating "Loading..." message puts the user at ease and although they're unhappy it still hasn't loaded I think it buys me a smidge of patience.

3. Hang on! Are web fonts really that important?

That FOIT is still pretty annoying though. When the browser realizes that the font is wrong, it makes the DOM blank until the right font has been loaded. My poor user has to stare at a blank screen for 1.3 seconds instad of seeing the "Loading..." message. Not only that but instead of just saying "Loading..." this could be an opportunity to display something more "constructive" that the user can actually start consuming with their eyes and brains. Then, by the time the full monty has been downloaded and ready the user will not have been waiting in vain.

So how important are those web fonts really? It's a nerdy app where search, content and aggregates matter more than the easthetic impression. Sure, a sexy looking site (no matter what the context/environment) does yield a better impression but there's tradeoffs to be made. If I can load it faster, my hunch is that that'll be more impressive than a pretty font. Secs sells.

I know there are possible good hacks to alleviate these FOIT problems. For example, in "How We Load Web Fonts Progressively" they first set the CSS to point to a system font-family, then, with a JavaScript polyfill they can know when the external web font has been downloaded and then they change the CSS. Cute and cool but it means yet another piece of JavaScript that has to be loaded. It also means "FOUT" (Flash Of Unstyled Text) which can disturb the view quite a lot if the changed font changes layout shifts.

Anyway, I decided I'll prefer fast loading over pretty font so I removed all font family hacks and references to the external font. Bye bye!

Click on the first Filmstrip View and notice that the rendering starts already at 1.2 seconds and stay with the "Loading..." message all the way till around 3.0 seconds when both the CSS and the full JavaScript has been loaded.

You decide, is the Lato font that much prettier? 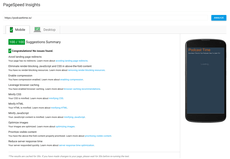 I started this exploration trying to decide if there are better ways I can load my JavaScript files. I did some experiments with some server-side loading and async and defer. I scrutinized my ES6 code to see if there are things I can cut out. Perhaps I should switch to Preact instead of React but then I'd have to own the whole es-lint, babel and webpack config hell that create-react-app has eliminated and I'd get worried about not being able to benefit from awesome libraries like MobX and various routing libraries. However, when I was doing various measurements I noticed that all the tricks I tried, for a better loading experience, dwarfed in comparison to the render blocking CSS and the web font loading.

Service Workers is to web apps, what smartphone native apps are to mobile web pages in terms of loading performance. But Service Workers only work if you have a lot of repeat users.

If you want a fast loading experience and still have the convenience of building your app in a powerful JavaScript framework; focus on your CSS and your web font loading.

Related by keyword:
Ultrafast loading of CSS 1 September 2017
To CDN assets or just HTTP/2 17 May 2018
To defer or to async JavaScript tags. That's the question. 29 June 2018
The impressive first-meaningful-paint improvement of using minimalcss 24 April 2018
How much HTML is too much for optimal web performance 17 October 2018