An old friend of mine, from The Netherlands, contacted me about That's Groce! because the default food word suggestions simple don't make sense to him since they're all in English. American English too, I suspect.

Let's back up a bit. Here's a picture of some of the ~100 default food words that are meant to help you when you start out: 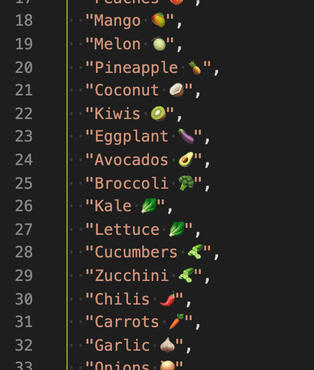 The idea is that until you've started using That's Groce! it'll take a while to get your patterns settled. The assumption is that for most people it makes sense to have some sensible default suggestions. This way, as you start typing ch it can suggest: "Cherries 🍒", "Chilis 🌶", "Chicken 🍗", etc.

Now, you can turn this functionality off. The option looks like this: 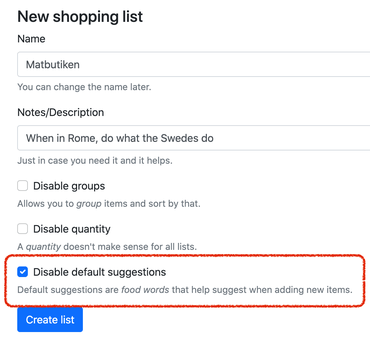 What's cool about this new feature is that the feature was borne from feedback. My friend used the "Feedback" form and is actually the first one to ever do so. Thanks Ivo! 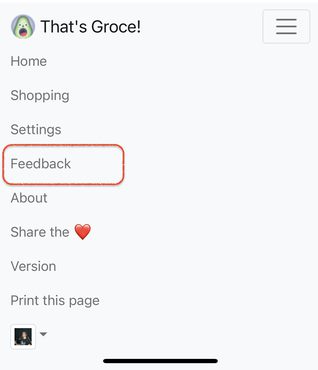